The facts about prolactinomas (a benign tumour of the pituitary gland) 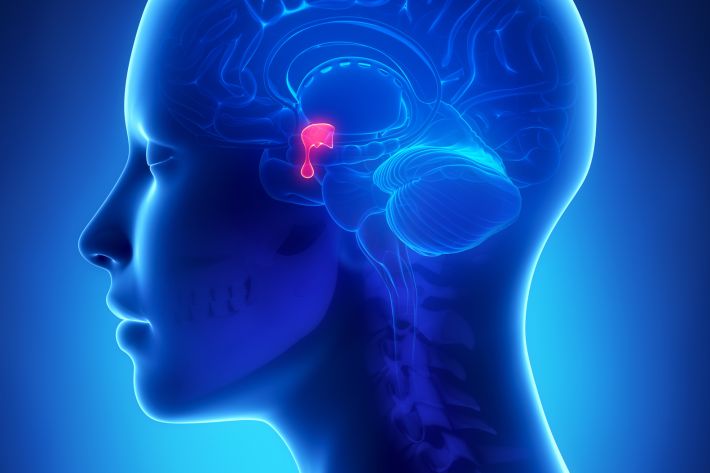 There has been a good deal of concern and confusion about prolactinomas (benign tumours of the pituitary gland) since the sad death of Tara Palmer Tomkinson in February 2017. This is mainly because she had recently revealed its diagnosis.

So the first thing I want to say is that prolactinomas are actually NOT brain tumours,  they  are benign in nearly all cases and they shrink with drug treatment.

The formation of breast milk is triggered by a hormone called prolactin which comes from lactotroph cells situated in your pituitary gland.

Benign tumours develop in the pituitary gland when lactotroph cells develop a mutation which means that they divide repeatedly which then creates a large number cells and in turn an over- production of prolactin. This is known as hyperprolactinaemia.

Most prolactinomas remain very small at less than one centimetre in diameter; a minority grow to several centimetres. About 10% produce growth hormone as well as prolactin.

Surprisingly the condition occurs in men as well as woman but it is mostly in women below the age of 50.

Women may present with unexplained milk secretion, irregular and infrequent periods or infertility and in more severe cases hot flushes or vaginal dryness. This is because the raised prolactin levels inhibit oestrogen production.

The condition actually accounts for 20% of women evaluated for infertility. Those affected by a cessation of periods may also have a lower spine and forearm bone density than usual

Less commonly, where a large tumour has developed, it may press against the optic nerve causing sight impairment and headaches.

In all cases the presence of a prolactinoma will be confirmed via the results of a blood test which measures prolactin blood levels. An MRI scan of the pituitary will then be performed to demonstrate the presence of the benign tumour.

The aim of treatment is to lower the levels of prolactin and reduce the size of the tumour. This is usually achieved by the prescribing of drugs called dopamine agonists (most commonly called Cabergoline) which has been shown to lower prolactin levels to normal in about 90% of patients.  This happens within the first 2 to 3 weeks of treatment and in premenopausal woman ovarian function then returns, oestrogen levels increase, periods return and fertility is restored. In men testosterone levels usually increase back to normal.

Cabergoline also reduces the size of the prolactinoma, often quickly although larger ones may take several weeks to months to show noticeable results

The side effects of Cabergoline are relatively minor and include nausea, light-headedness after standing and mental fogginess. This can be mitigated by starting with a small dose and increasing slowly and by taking the drug with food or at bedtime.

Neurosurgical treatment of this condition is an option although is less effective than medical therapy with a frequent reoccurrence of the high levels of prolactin.

Pre-menopause the patient’s prolactin levels are regularly monitored and if these remain normal or suppressed - with no trace of a large tumour after three years - a trial term of no medication can be considered.

If levels rise again medication would have to resume.

I do hope you have found this helpful and reassuring.