The action of hormones in support of breastfeeding 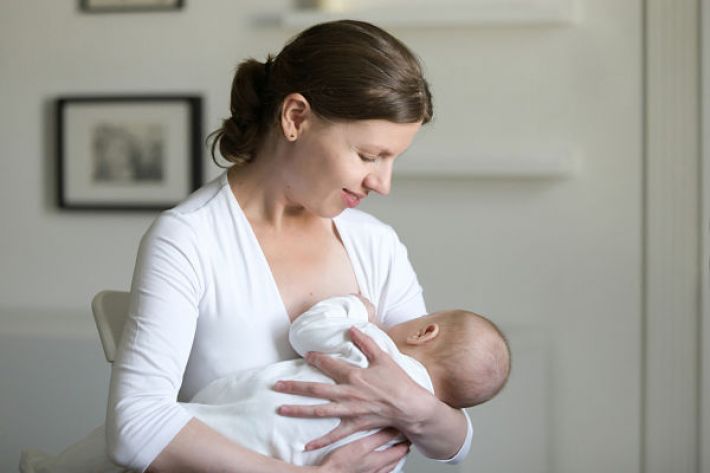 Breastfeeding is mostly unacknowledged as an amazing feat of maternal metabolism - but in fact your body is reliant on the highly co-ordinated actions of your hormones in order to fulfil the nutrient, energy and mineral requirements for milk production (lactation).

This begins when you are pregnant. From the 24th week of pregnancy, your body produces 4 major hormones that stimulate the growth of the milk duct system in the breast. These are

At the same time progesterone is also released by the placenta and ovary and this causes additional growth of the breast lobules.

Whilst you are pregnant the level of prolactin rises in the blood in order to prepare the breast for milk production. By months 5 or 6 the breasts are ready, but high levels of progesterone and oestrogen inhibit the actual production of milk.

At birth the delivery of the placenta prompts a sudden drop in progesterone, oestrogen and human placental lactogen levels. This no longer blocks prolactin and the breast is stimulated to produce an abundant supply of milk.

The major role of prolactin

When the baby suckles it stimulates the level of prolactin in the blood which triggers the cells in the alveoli to produce milk and helps to promote feelings of contentment in the mother.  Prolactin is at its highest level 30 minutes after the beginning of the feed and returns to its pre-feeding levels about 3 hours later.

The more the baby suckles, the more prolactin is produced and the more milk is produced. (During the first six months the 24 hour intake of milk will average about 800ml per day.) Milk taken through breast feeding or pumping will maintain high circulating prolactin for several months but, even with ongoing breastfeeding, prolactin will decrease to its pre-pregnancy level over time.

You might be interested to know that a baby receives virtually no milk for the first 30 seconds of suckling as sensory impulses must travel from the nipple to the mother’s hypothalamus before signals induce the anterior pituitary gland to release prolactin.

The major role of Oxytocin

Oxytocin plays a major part in lactation because it contracts cells around the alveoli allowing the milk to flow into the ducts. This is sometimes called the “let-down reflex” or “milk ejection reflex”

This reflex is conditioned to the mother’s sensations and feelings and can even be activated by the mother thinking lovingly of her baby - which is why milk can appear to flow randomly between feeds.

The let-down reflex can be inhibited if the mother is in severe pain or is emotionally upset which is one of the reasons why maternal support at this early stage is so important.

Oxytocin also induces calm, reduces stress and helps to promote the emotional bonding between a mother and her baby.

The effect of breastfeeding on your skeleton

Lactation doesn’t only affect the breasts it also affects your bones as a temporary annexing of bone minerals is needed to assure calcium supply. This can lead to a loss in bone mass of up to 5%

The mechanisms that cause this bone loss are not fully understood, it is believed that several hormones may be involved in the process.

As a baby is weaned the body’s changes in tissue and metabolism are reverted which means rapid changes in the breast and skeleton whereby there is a period of intense remineralisation to reconstruct bone.  Bone recovery is normally complete 12 months after weaning.

Breastfeeding is regarded as entirely natural and it’s easy to overlook the fact that this is an amazing evolutionary adaptation supported by complex endocrinological  process . It is this which allows mammals to provide reliable nutrition in the face of uncertain access to food.