Lack of sleep and its link to obesity and diabetes 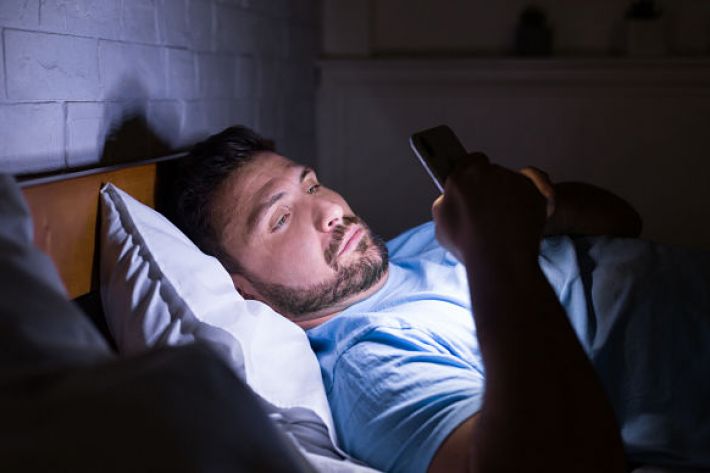 Sleep is one area where our knowledge has considerably advanced with improved research technologies and the current view by many medical experts is that sleep is one of the vital determinants of health alongside nutrition, exercise and public health.

Unfortunately, over the last 10 years we have seen increasing evidence that chronic partial sleep loss is implicated in dementia, heart disease, cancer, obesity and type 2 diabetes. This obviously gives cause for concern when we know that poor quality sleep is becoming increasingly common - indeed in the US it was reported that more than 30% of adult men and women between the ages of 30 and 64 years sleep less than 6 hours per night.

So what is the right amount of sleep?

The University of Western Ontario, carried out the World’s biggest sleep study with 44,000 people taking part in 2018. There is a video about this study here

So, it is significant to observe that the trend for the shorter sleep duration of 6 hours has developed over the same time period as the dramatic increase in the prevalence of obesity and type 2 diabetes.

In the US the increase in overweight children went from about 5% in 1971 to about 15% in 2004. An increase in food intake and a reduction in exercise are obviously two major factors; but experts agreed that other factors must play a part in such an alarming increase in prevalence

Why is less sleep linked with obesity and diabetes?

We now know that the timing, quality and duration of sleep play an important role in neuroendocrine function and glucose metabolism. In fact studies show that sleep restriction results in metabolic and endocrine alterations, including

Let’s look at this in more depth…

What sleep deprivation does to our hormones

The brain is almost entirely dependent on glucose for energy and is the major site of glucose disposal.  This means that brain activity changes associated with “sleep-wake” and ”wake-sleep” transitions have a negative impact on glucose tolerance. In fact, glucose tolerance is decreased by more than 40%.

Both ghrelin and leptin concentrations (the hormones directly connected with hunger and with feeling full respectively) are higher during nocturnal sleep than during wakefulness. Therefore less sleep will reduce their effectiveness.

A recent study showed an 18% decrease of leptin levels and a 28% increase in ghrelin when there is sleep deficit.  Subsequent questionnaires on hunger and appetite indicated

These observations would suggest that, where food is readily available, people who are sleep deprived will probably consume an excessive amount of calories particularly in the form of carbohydrates.

The flight or fight hormone Cortisol is designed to stimulate the replenishment of your nutritional stores had you been fighting or fleeing. Unfortunately , the levels of cortisol rises when you are in sleep debt  which then contributes to you more hungry and look for foods which give fast energy in the form of sweet, high fat or salty foods.

Unfortunately, up to 20% of overweight and obese individuals also suffer from sleep-disordered breathing or obstructive sleep apnoea which is both independent risk factor for insulin resistance and is known to reduce testosterone in adults and neuroendocrine release and metabolic function in adults and children.

In conclusion it is vital to do all we can to increase our quality of sleep - this means following expert recommendations which include: