Is TSH the best test 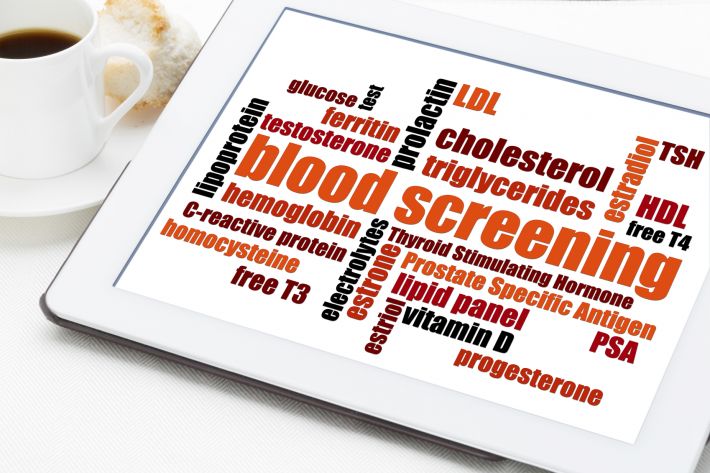 I apologise for sharing more “medical speak” than usual but this excellent article by Hormones Demystified addresses a number of incorrect claims about TSH readings which may be helpful for you to know...

Hormones Demystified is an American Endocrinologist’s website where he “endeavours to separate Endocrinology from quackery.”

"Why has Thyroid Stimulating Hormone (TSH) become the Rodney Dangerfield of hormone tests? If I had a nickel for every time I’ve seen a practitioner of some stripe claim that we can’t rely on TSH, I would be drowning in nickels. But why do people defecate on TSH? Is it really as inaccurate a reflection of your thyroid status as many an Alternative Medicine aficionado would have you believe? Does TSH only tell you what your pituitary thinks about your thyroid hormone levels, as opposed to how the rest of your body feels about said levels? Must you discount TSH results in favor of T3 and reverse T3 levels? Do these questions even have clear, unambiguous answers?

A Brief History of TSH

In the mid 1910s, scientists figured out an easier way to measure basal metabolic rate (BMR). Recognizing that a low BMR was associated with hypothyroidism, physicians used the presence of a low BMR and other signs/symptoms of hypothyroidism to make the diagnosis. They also used BMR to titrate the dose of thyroid hormone.

By the 1940s, serum protein-bound iodine (PBI) emerged as both a diagnostic and therapeutic marker; this was the only way to quantitate thyroid hormone status at the time. Unfortunately, T4 monotherapy would often increase PBI above normal, while T3 monotherapy would normalize BMR but not increase PBI. Combination T4/T3 therapy, however, had the advantage of normalizing PBI.

At the time – like today – it was well-recognized that things like cholesterol, deep tendon reflexes, and symptoms were just not sensitive or specific enough to guide thyroid hormone replacement therapy.

In 1971, the first TSH radioimmunoassay was developed. This turned out to be a game changer. When scientists studied patients who had previously been treated to normalize symptoms, BMR, and PBI, they found that most of these patients had a suppressed TSH.

One could argue that a suppressed TSH by itself could not, at this stage of the research, be considered conclusive evidence that patients were being over-treated. After all, perhaps pituitary secretion of TSH just wasn’t a good marker for overall thyroid status, right? Wrong. Studies at the time found that T4-treated hypothyroid patients could be rendered biochemically and clinically indistinguishable from healthy controls, using a T4 dose just high enough to normalize the TSH. These doses turned out to be about 1/4 to 1/2 the doses previously used to normalize BMR and PBI – two markers that were nowhere near as sensitive or specific as TSH.

And thus it became accepted that hypothyroid patients had been overmedicated for decades, standard T4 replacement doses dropped dramatically, and everyone lived happily ever after…

But I Still Don’t Feel Well

As anyone reading this site is well-aware, there is a sizable minority of hypothyroid folks who do not feel normal after normalizing the TSH. So what gives?

In many cases, it’s just not your thyroid. Having access to a diagnostic marker as sensitive as TSH is a double-edged sword. On one hand, people with very subtle perturbations of thyroid function can now be diagnosed and treated early, before they spend years feeling like crap. On the other hand, a large number of people will have mild elevations of TSH in the presence of “hypothyroid symptoms,” but those nonspecific symptoms are often not due to hypothyroidism. Unfortunately, once someone is labeled as hypothyroid, it can be difficult for both patient and clinician to look past that label. This results in constant tinkering with the dose or preparation of thyroid hormone, embarking on a Quixotic quest to find the magical balance of T4, T3, and TSH that will restore the person to “normal.”

In case the preceding paragraph did not make my position clear, let me state this very plainly: if you have been tinkering with your thyroid hormone dose and/or preparation for more than a year, and you feel little to no improvement in your symptoms, your symptoms almost certainly are not caused by your hypothyroidism. In fact, you may not even have hypothyroidism – especially if you were diagnosed by a naturopath, functional medicine doctor, or chiropractor. Let me remind you of an axiom commonly stated or implied throughout this blog: if you enter an Alt Med provider’s office wondering aloud if you have hypothyroidism, you have a better than 95% chance of coming out with that diagnosis. Given that the prevalence of hypothyroidism in the US is about 1 in 300 people, the likelihood of being incorrectly labeled as hypothyroid is exceedingly high.

No, Really – Pretty Sure it’s My Thyroid

But what about folks who have absolutely no other plausible explanation for their symptoms? This is where things start to get as murky as a bayou swamp, and where I hope to provide at least a modicum of clarity. I think the best way to achieve this is to debunk Alt Med’s claims about TSH one by one:

Claim: There are myriad conditions (stress, depression, chronic fatigue syndrome, etc) in which T4 and T3 levels drop, but TSH levels do not rise accordingly. Therefore, TSH cannot be used as a diagnostic or monitoring tool in these settings.

HD: Mostly False. Alt Med loves to dredge up the well-described phenomenon of non-thyroidal illness syndrome (NTIS) and make it the poster child for discrediting the utility of TSH. The problem with this is that NTIS is usually a transient entity seen primarily in severely ill patients. In NTIS, thyroid function studies can be variable and incredibly challenging to interpret, but the relevant pattern for this post would be slightly low/low-normal TSH, T4 and T3.

The literature on this subject is confusing and conflicting. The consensus opinion among experts in the field, however, is that most instances of NTIS do not require treatment with thyroid hormone. It is thought that the lower thyroid hormone levels in periods of critical illness may be a protective response, guarding against excessive tissue catabolism (breakdown). This is plausible, given that a body under that much stress has more important metabolic priorities – like staying alive.

It is also recognized that the lower T4 and T3 may be a maladaptive response in some circumstances, in which case the patient might benefit from treatment. An in-depth discussion of how to make this distinction is outside the scope of this post, but I will tell you that there is no elegant way to make the diagnosis or determine the “right” treatment. It’s really, really, really hard.

What I can say, however, is that most free-living people (non-ICU dwellers) who have stress, depression, or any number of other conditions will not have NTIS. If you walk into my office under your own power, and your thyroid function tests appear fairly normal, you almost certainly do not have clinically meaningful hypothyroidism.

While there are – for example – studies showing that some patients hospitalized for severe depression may have lower T3 levels than controls, these patients with normal TSHs generally do not fulfill any other clinical/biochemical criteria for making a diagnosis of hypothyroidism. In addition, when randomized, double-blind trials have looked at giving T3 to euthyroid, severely depressed patients, there has been no benefit.

The bottom line: equating conditions like fibromyalgia, chronic fatigue syndrome, or PMS with NTIS is a misapplication of our understanding of the hypothalamic-pituitary-thyroid axis. This oft-employed strategy by Alt Med is yet another way they can diagnose absolutely anyone with hypothyroidism, embarking on a treatment journey that ultimately will prove to be fruitless.

You can read Hormones Demystified's answer to this claim, as well as the remaining two-thirds of his article, at Is TSH the Best Test?