How thyroid disease differs in children 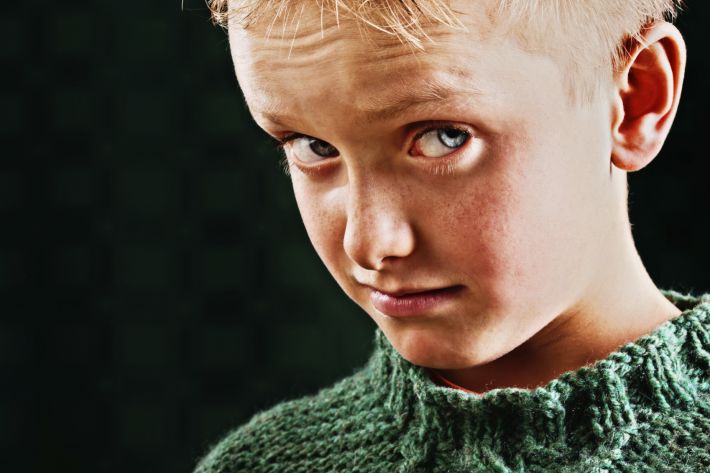 If hypothyroidism develops after the age of 3 (when most thyroid-dependent brain development is complete) the symptoms are insidious and may be difficult to pick up. These include:

Affected children are often recognised because of the presence of a goitre or because they have grown less slowly than usual, or because parents feel they are struggling with a new learning disability. The child  may also be relatively overweight for their height although they are rarely obese.

If hypothyroidism is severe and longstanding, the hypothyroid child may have an immature face with an underdeveloped nasal bridge and immature body proportions of increased upper-lower body ratio.

Dental and skeletal development is delayed (the latter often significantly).

The treatment for hypothyroidism simply relies on giving synthetic thyroxine (Levothyroxine) to augment the low levels of thyroid hormone (T4) which is being produced.

If the child has had a longstanding thyroid problem the replacement dose is given slowly over weeks to months to avoid unwanted side effects such as short attention spans, hyperactivity, insomnia, and behaviour difficulties.

Less common in children than in adults, it is also quite challenging for parents to pick up on a hyperactive thyroid. This is because a small active child can mask the physical and emotional symptoms of a thyroid problem and will not be complaining about them.

Growth is not affected so parents may initially seek help with the appearance of goitre or the onset of a shortened attention span, emotional outbursts and mood swings which may have led to lead to school difficulties. Some parents may also have noticed their child is more frequently passing urine day and night.

It is not uncommon for children to have an initial diagnosis of ADD or ADHD which is only ruled out by a blood test which shows a high level of thyroid hormones and a low level of pituitary thyroid stimulating hormone (TSH).

Symptoms are often slow to develop and affect so many areas that parents can easily miss out on picking up the signs which include:

Treatment is usually started with antithyroid drugs (ATD’s) which normally have a positive effect after 6 to 8 weeks.  However there is a much lower likelihood of entering into remission after a course of ATDs than in adults.

Further treatment with radioactive iodine can be used in children (especially those aged over ten years) particularly those whose hyperthyroidism is difficult to control.

Surgery to remove all of the thyroid gland is sometimes favoured as a long-term definitive option in children of all ages when other treatments have not worked.

Both radioactive iodine and surgery usually result in life-long hypothyroidism but this can be corrected by Levothyroxine supplements. It is much easier and more stable for the child to replace a missing thyroid gland with Levothyroxine than control the often subtle and fluctuating negative impact of an overactive gland on school performance and sport activities.

Although psychological symptoms should reduce with treatment some memory and concentration challenges seem to continue even after treatment.  Treatment is a slow process and we recognise that it can be a challenge to find the balance between being mindful of the condition and enjoying normal activities with your child.

It’s important that an experienced consultant oversees treatment as the dose is individual to the child and will need to be increased as they grow. Nearly all children with hypothyroidism - and those who have had surgery following hyperthyroidism - will require thyroid hormone replacement therapy for the rest of their lives.

Explaining to your child

Depending on their level of understanding it might be helpful to tell your child where the thyroid is and what it does. One way is to describe it as a butterfly sitting in the front centre of the neck over the windpipe.