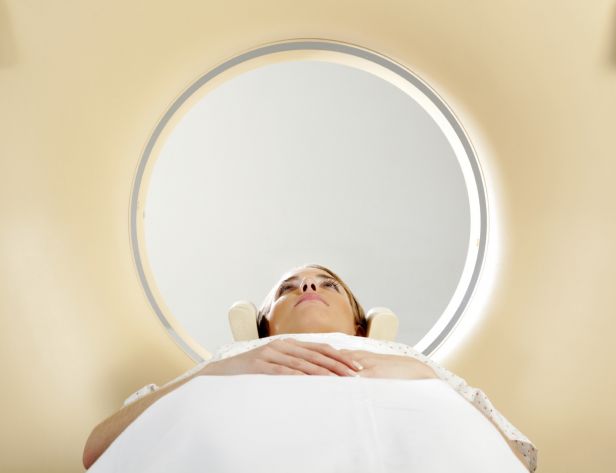 It is common for the onset of thyroid eye disease – referred to as Graves Orbitopathy (or GO) - to occur within 18 months of the onset of hyperthyroidism due to Graves’ disease.

In about 20% of cases it precedes the condition and in about 40% it follows it.

Whilst GO is clearly visible in about half of cases, the remainder is found by a CT scan or MRI scan imaging of the orbit. It usually occurs in both eyes but 15% of patients may only have it in one eye.

Rarely GO is found in patients who have never had a documented episode of thyroid overactivity and in thyroid failure due to Hashimoto’s thyroiditis (autoimmune destruction). It is also more frequent in women but more severe in men.

GO is severe and potentially sight-threatening in only 3-5% of cases.

Although it is widely accepted that GO is an autoimmune disorder its origin and development is not completely clear. Whether there is any genetic predisposition is also not well defined and no striking differences have been observed in Graves’ patients with or without associated GO.

What is known is that there is a strong link to cigarette smoking so cessation is vital.

Most patients have mild GO, which does not require particularly aggressive treatments and is often self-limiting. However, the history of this condition is variable -  in two thirds of cases there appears to be spontaneous improvement whilst 20% of OG patients have a static condition which neither worsens nor improves.

In 14% of patients the condition deteriorates and medical treatment is likely to be beneficial. Glucocorticoids form the main basis of treatment and taking these intravenously rather than by mouth may have the advantage of being more effective and of having fewer adverse side-effects.

Orbital radiotherapy is the other non-surgical mainstay in the management of GO and this is usually done in combination with glucocorticoids. Rarely,  surgical decompression may be required.

Little data is available for other medical treatments although there may be a potential role for new biological therapies used in other autoimmune conditions (e.g. rituximab or etenecept). A large multicentre, randomised, placebo-controlled study in mild GO has recently suggested that selenium supplementation (100mg daily which can be bought over-the-counter in heath shops) is beneficial.

In severe cases current evidence suggests that surgical removal of the thyroid by thyroidectomy may be the preferred treatment for worsening hyperthyroidism associated with GO.

Radioiodine may exacerbate GO in patients with existing active GO so it is used less often than in other patients with Graves’ disease - although prophylactic steroid therapy taken for one month after radioiodine treatment prevents this risk.